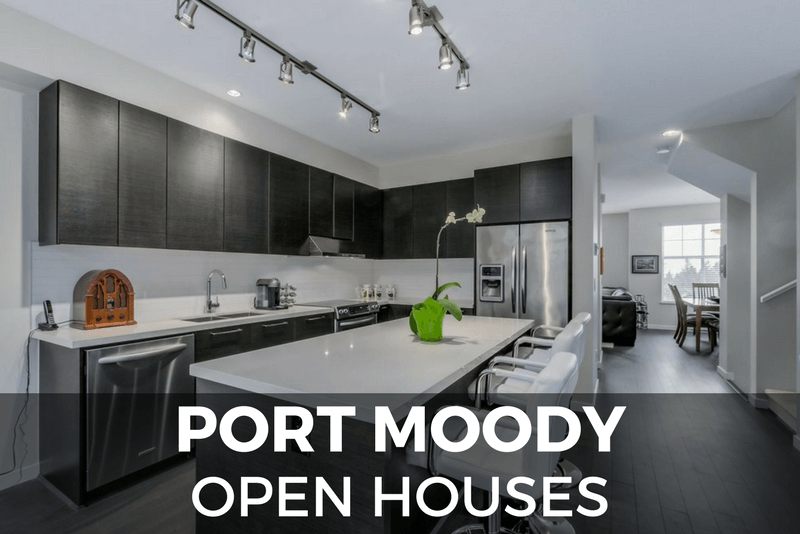 Browse Real Estate For Sale in the Tri-Cities How to find real estate in Coquitlam

Click “Search listings” to find homes for sale in Coquitlam and the surrounding areas. Once you’re in our property search tool you will find “all active listings” on a map. Feel free to change the search parameters to narrow the listings down to your preferences. You can change the type of home, styles, price ranges, number of bathrooms, number of bedrooms and a numerous amount of other features that can be important to you.

On the right side of the map you can also find the homes for sale in list form with a cover photo, which can be cross-referenced on the map. Feel free to sort it by price, list date or square footage of the finished area by clicking on the drop down menu above the list. To get more details about a listing you can click the photo of the listing – it will open up additional photos, the location score, total area, MLS number and much more.

Looking for an easy to use property search tool with FULL listing details sent straight to you automatically? You can create an account to keep track of all of the listings, retrieve additional details of the listing and neighbourhood statistics by easily just sign up with your Facebook, Twitter, Google or LinkedIn account.

Hundreds of visitors visit our website and use our search tool every day because it is simply the best. Don’t forget to share it with your friends and family as we hope that it can help save time and find the best listings in their home search too!

With predictions pointing to a hot market in 2020 we may see more of an upward trend in real estate prices. One of the main indicators of an upward trend is from the multiple offer scenarios that have been more common since the fall season of 2019. The sales ratio began to see an increase with a few Coquitlam neighbourhoods turning into a balanced market instead of a buyer’s market. Realtors around the lower mainland have been reporting this as well – not just in Coquitlam. It will be interesting to see what will happen in 2020 as the Greater Vancouver real estate cycle is usually 10 years long and we have come to an end if we consider the 2010 recession as the beginning. With continued population growth in Coquitlam we can expect real estate demand to put more pressure on home prices. If you’re thinking of making a home sale feel free to reach out to us for a consultation!

COQUITLAM CITY GUIDE
If you want to live in a quiet city with outdoor activities but be close enough to downtown Vancouver, Coquitlam will provide you with that balance.

Coquitlam Centre Mall is the largest and most popular mall in the area, and is located in North Coquitlam. With everything from Best Buy to The Bay to T&T and in between, this mall is a hot-spot for shopping, eating, and hanging out! Additionally, while Lougheed Mall is technically in Burnaby, it is on the border of Coquitlam and brings a lot of residents to shop. While Coquitlam Centre has taken most of the market, Lougheed Mall is actually being revitalized in a massive City of Lougheed project that will consist of high rise towers and a new mall attached!

Lafarge Lake & Town Centre Park are popular outdoor spaces in Coquitlam. Lafarge Lake is a man-made lake that has a paved walking/running area around the perimeter. It is also the host of a number of activities throughout the year, including the popular Lights at Lafarge Christmas lights celebration, which is an attraction that runs for parts of December and January. Town Centre Park consists of a running track, football and soccer fields, basketball courts, a playground and a skateboard park!

With more outdoor spots like Mundy Park that have treed running trails and dog parks, to Burke Mountain that has hiking trails, Coquitlam has a lot to offer for the outdoorsy. Near Eagle Ridge there is the popular Coquitlam Crunch, which is a mini-Grouse grind in which many Tri-Cities residents work out by climbing the set of 400+ stairs.

NEIGHBOURHOODS
Coquitlam is made up of 23 neighbourhoods and each of them provide a unique lifestyle of their own with different landscapes, types of homes, and things to do.

Another urban hotspot in the city in Coquitlam West which also includes the popular Burquitlam area. The Coquitlam West subarea is on the boundary of Burnaby and Coquitlam, and has easy access to Burquitlam & Lougheed skytrain stations. Developments include the highly anticipated City of Lougheed, which will feature a new mall, amenities & high-rise condos. Coquitlam West as a whole is one of the larger subareas and also includes a number of large detached homes that are a mix of both luxury mansions and cozy, older homes with beautiful large lot sizes that are far enough from the high density condos.

If you’re looking for an affordable single-family home with a mortgage helper suite, then New Horizons is probably your best bet. This area is a neighbourhood with a number of growing families, easy access to the SkyTrain, all levels of schools nearby, and just a short walk to Lafarge Lake and Town Centre Park. The southern part of the New Horizons subarea has been expanded and rezoned for high density, so you will also find a mix of low rise and high rise condos and well as some townhome developments that are fantastic strata properties!

Maillardville is the oldest neighbourhood of Coquitlam and provides quite a bit of entertainment. With the Cineplex Movie Theatre, Zone Bowling and plenty of restaurant options, this is a busy area! It’s often a hot spot for builders looking to tear down and build homes, as it is one of the only communities with zoning that allows for subdivision for smaller lots. Some neighbours will band together and put their homes for sale to create a land assembly – this is becoming common around the Brunette area as it is being rezoned for medium density.  One of the best things about this area is that you have easy access to Braid Skytrain station, and almost immediate access to the freeway to cut drive time down to Vancouver, Burnaby & New West!

Ranch Park is a family friendly neighbourhood with strictly single family homes, many of which are on larger lots. Due to the Ranch Park area following Mariner hill, many of these homes are on a slope, which means the homes often provide fantastic views of the Coquitlam Mountain! This area is very desirable in terms of schools and easy access to the large Mundy Park.

Be sure to visit our Coquitlam Neighbourhood Guide for a FULL list of areas in Coquitlam. If you’re looking to buy or sell in Coquitlam, we are the RIGHT realtors that can help guide you to the perfect neighbourhood tailored to YOU – reach out to us today. We would love to show you around the city!

EDUCATION & SCHOOLS
Coquitlam provides quite a selection of schools including some with advanced programs and French immersion.

Coquitlam is an area that has elementary schools (K-5), middle schools (6-8), and secondary high schools (9-12). Additionally, Douglas College or Coquitlam College are great places to continue with post-secondary education, or get credits to transfer to a university later.

The four secondary high schools of Coquitlam are:

Some of the French immersion schools include:

ENTERTAINMENT
Being a young city, you will find plenty of outdoor activities and entertainment that is what attracts most Coquitlam residents. Whether you like to keep an active lifestyle or relax while enjoying the views, you will never get bored in Coquitlam.

If you are looking for a quick, outdoor workout outside be sure to visit the Coquitlam crunch. This uphill path/staircase will give you a good run for your money but is enjoyed by many residents. Once you get to the top you will definitely be feeling the endorphins going through your body.

One of the most notable attractions in Coquitlam is the free outdoor lights display known as Lights at Lafarge. With over 100,000 lights and a handful of vendors surrounding Lafarge Lake, you will truly feel the holiday spirit from December to January. This attracts people from all over the Greater Vancouver and is easy to get there since the Lafarge Lake-Douglas SkyTrain station is right beside it. You need to visit it when you get a chance – it is a real treat!

These are only some of the activities and attraction you can find in Coquitlam. A few more to list is Como Lake, The Vancouver Golf Club, Town Centre, Coquitlam River, Minnekhada Regional Park, Evergreen Cultural Centre and so much more! Be sure to explore the rest of the city as there are more hidden gems to be found.

Since the rise of accessibility in the form of transit via the Evergreen skytrain line extension, Coquitlam real estate prices have been on the rise.

With the exception of the overall setback of the market in 2018, Coquitlam has seen steady increases in prices and continues to be an area that many people moving from further West enjoy relocating to.

Single-family homes under the $1M mark, or renovated homes with a suite continue to be a hot-ticket item, while strata properties vary but renovated move in ready properties remain relatively stable and sell quickly.

The City of Coquitlam distributes population growth among a number of areas. Nearly half of growth has been assigned to the City’s urban centres, namely, City Centre and the Burquitlam-Lougheed neighbourhood (Figure 6). The remainder of growth is shared among neighbourhood centres and Northeast Coquitlam (Burke Mountain). The population of City Centre is anticipated to grow by approximately 24,000 people from 2016 to 2046.

A possible increase in construction activity beyond 2021 could help to skyrocket population growth in the area, with the city having approved their support of several high-density housing incentives for builders and the construction of a number of high-rise towers and mixed commercial spaces. We anticipate many businesses to continue to want to move their brick and mortar business store front to Coquitlam, which will in turn evolve the community & local feel to the neighbourhoods, specifically the urban centres.

COMMUTERS
The main transportation hub in Coquitlam is Coquitlam Central Station – located on the corner of Lougheed Highway and Barnet Highway. It provides you access to bus routes both East to Port Coquitlam/Pitt Meadows/Maple Ridge, and West to Burnaby and Vancouver, the Westcoast Express train to Vancouver, and also the main Skytrain station in Coquitlam and the end of the Evergreen Line extension.

The West Coast Express trains can get you to Vancouver’s Waterfront station in about 30 minutes and provides a great way to get to work downtown during rush hour with minimal pickup stops. It accommodates the working 9-5 professional, with limited times in the morning to Vancouver and in the early evening back East.

The Evergreen line extension is the add on from Burnaby that runs through Coquitlam West/Burquitlam, Port Moody, and in to Coquitlam. There are 4 skytrain stops that are directly in Coquitlam, 1 on the border of Coquitlam and Burnaby (Burquitlam Station) and 2 that follow Pinetree Way (Lincoln and Lafarge Lake-Douglas Station) until Coquitlam Central Station is reached at the end.