Scroll down to learn about Port Coquitlam demographics, transportation, schools, and all about the different subarea neighbourhoods in Port Coquitlam.

Because of its primarily suburban nature, Port Coquitlam relies heavily on its vehicular roads to move people and goods. For example, two of its major arterial roads, Shaughnessy Street and Lougheed Highway bisect Port Coquitlam east to west and north to south, respectively.

The Mary Hill Bypass, officially known as Highway 7B, runs adjacent to the Fraser River from the Pitt River Bridge on the east to the Port Mann Bridge on the west. It is the way that most residents in Port Coquitlam connect to the freeway running in to New Westminster, Burnaby, Surrey, and the rest of Metro Vancouver. The Coast Meridian Overpass also connects to the Mary Hill Bypass heading North/South.

Between all of these facilities, there are a variety of programs offered in aquatics, skating, sports and fitness, arts and music for all ages and all abilities. There are also a number of artificial turf fields and ball fields throughout the city for sports.

The City maintains a total of 266 hectares of parkland and natural areas, as well as park sites, playgrounds, sport fields, tennis courts, sport courts, outdoor pools and 46km of trails, including the 25-km Traboulay PoCo Trail. The foundation for Port Coquitlam’s trail network is the Traboulay PoCo Trail, a 25.3 kilometre route that encircles the community.

This flat walking and cycling trail is suitable for exploring at any time of the year. The trail traverses a varied landscape that includes forest and creek, meadow and marsh, riverfront and urban development. The paved downtown section winds through areas where local residents live, play and work. It’s well used by recreational users as well as bicycle commuters.

The City of Port Coquitlam has been celebrating May Day since 1923. Our community’s modern-day celebration includes more than a week of fun-filled activities including May Pole dancing, the May Day Rotary Parade followed by the May Day Block Party with food trucks artisans, outdoor concerts, children’s activities, and BizAlley, and a Mother’s Day Picnic the next day.

The annual Downtown Car Show show attracts more than 400 collector vehicles and 60,000 spectators to downtown Port Coquitlam. The downtown is transformed into a massive pedestrian zone, as Shaughnessy Street, Wilson Avenue and McAllister Avenue are closed down and lined with vehicles. The event also includes vendor displays, children’s activities, live entertainment and more.

The nearest university is Simon Fraser University, which is on the North side of Burnaby closest to Port Moody.

For more details on all of the elementary schools, middle schools, and secondary schools in Port Coquitlam, follow the links to the left to be redirected to the SD43 site for each school.

What are the best Port Coquitlam schools?

GET THE BRIDGEWELL REPORTS

Our Monthly Neighbourhood Reports and Our Latest Blogs.
All material made to educate you about the real estate market. 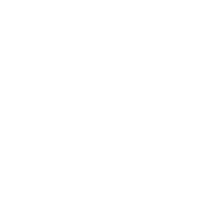 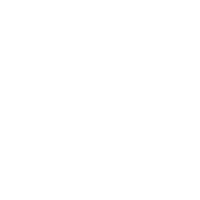